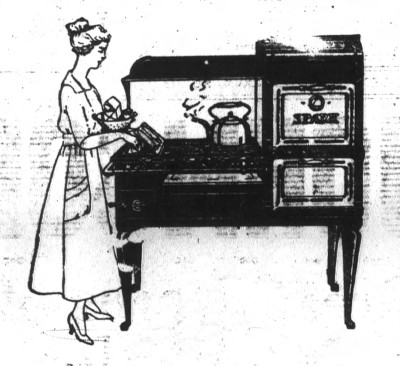 Here are four carrot side dish recipes from ladies in  the San Francisco area in 1920.  These carrot side dish recipes include Mrs. De Graf’s glazed carrots which are cooked in boiling water, cut and transferred to a baking dish, sprinkled with sugar and butter then baked until the carrots are coated with the sugar syrup.  Mrs. Robinson’s scalloped carrots are boiled in a little water, then the liquid is mixed with flour and fat to make a white sauce then transferred to a baking dish, coated with cracker crumbs and baked until brown.   Ms. Williams’ carrots parisieene recipe are cooked in salted water, then finished off in soup stock and sprinkled with sugar, thickened with a little flour and finished off with lemon juice and minced parsley.   Ms. Wright’s buttered carrots are boiled in a little water until barely done, put in a pan with butter, cooked and then seasoned with salt, pepper, nutmeg and parsley.

Boil small french carrots in boiling water, remove skins and cut in half lengthwise.  Place in a baking dish, sprinkle with granulated sugar and dot over with bits of butter.  Season with salt and a few grains of mace.  Pour a very little boiling water in the bottom of the dish and bake in a moderate oven until coated with sugar syrup.

Two tablespoons fat, two tablespoons flour, one cup milk and carrot stock, salt and pepper to taste.  Wash and scrape the required number of carrots.  Slice very thin and cook until tender in just enough salted water to prevent them from burning.  Drain, saving the stock.  Melt the fat, add the flour and seasoning, stir until well mixed.  Add liquid and cook till it thickens.  Mix sauce with cooked carrots.  Put in a buttered backing dish, sprinkle with cracker crumbs and bake until brown.

Cut into dice, or into round balls with a vegetable spoon several firm carrots, and cook in salted water until half done.  Drain, and finish boiling in soup stock, salt, and 1 teaspoonful sugar, letting cool slowly until carrots become glazed.  Thicken with a little flour added to some soup stock, adding juice of half a lemon and minced parsley.

Boil the carrots, slice them and cut into dice about half an inch square.  They should be barely done when taken up.  Put them in a stewpan with a few ounces of butter to a quart.  Sweat them in this for ten minutes, shaking the pan; add salt and pepper, a pinch of nutmeg and a teaspoonful of chopped parsley.  The butter should adhere to them.  Then serve in a pile in the center of cutlets, fillets, etc.  The water from the carrots will make a nice soup.